7th grade students in Mrs. Hembra's class are in the beginning stages of preparing for a debate unit in English II.  Today, Ms. McMillan moderated a debate over the claim: Cell phone towers should be built near national parks.  The proposition supported the idea that the safety of visitors outweighed the eyesore of a cell phone tower, while the opposition emphasized that national parks should remain separate from the conveniences of modern technology.  We look forward to more critical thinking and evidence-based debates from our 7th graders throughout this unit! 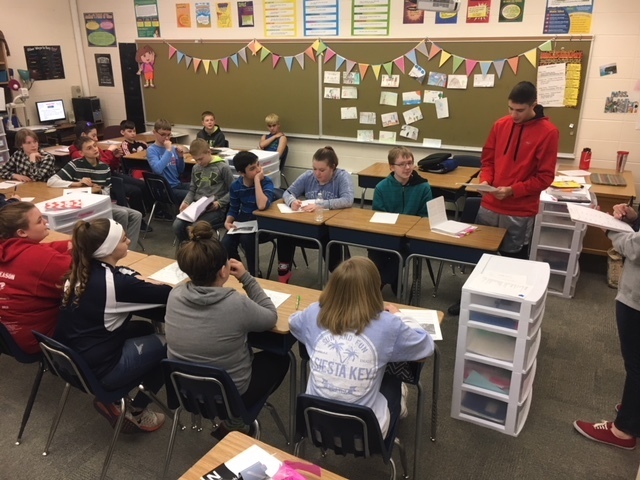