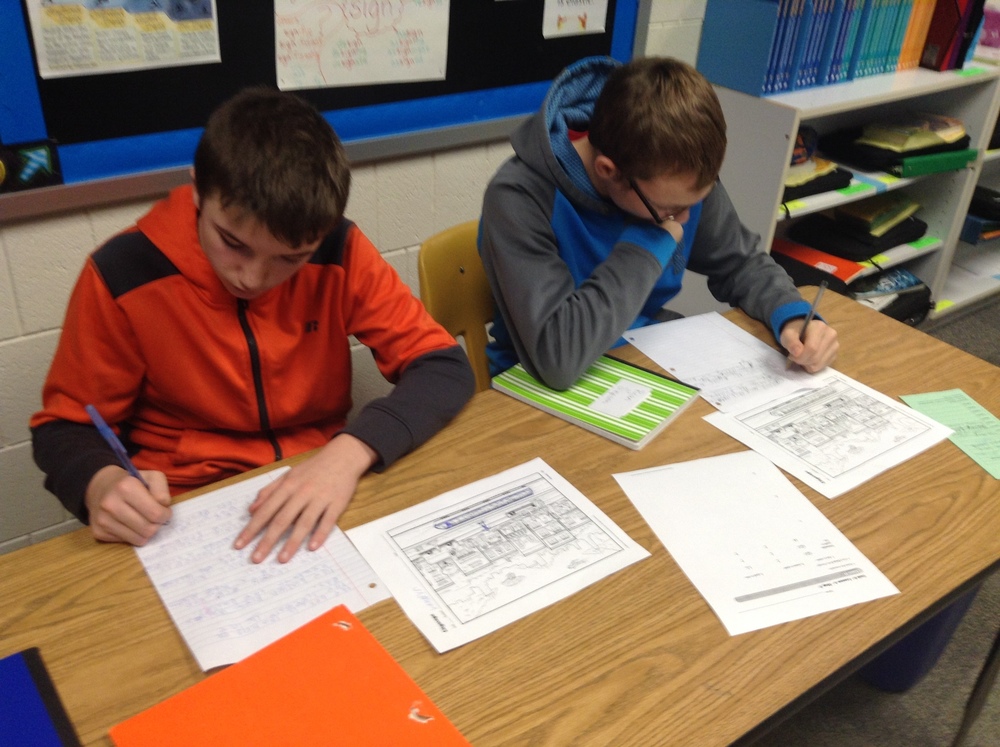 Language Arts students in Mrs. Hendricks' class have been working on expanding sentences using prepositional phrases.   A little healthy competition has a way of making grammar a bit more fun and even increasing rigor!  With that in mind, students were challenged to use a drawing of a busy street in the big city to write masterpiece sentences.  They had already developed a lengthy list of possible preposition words for both time and space.  To up the ante, they had to use as many different prepositions as possible within a tight time limit.   Discussion has a way of increasing creativity and learning so students collaborated with a partner, after a brief period of brainstorming their own descriptions of the scene.  By the time they shared out with the whole class, nearly every preposition on the list had been used in a sentence describing the picture. In addition, some very complex sentence structures had been developed, which brought about some great discussion about punctuation.  They even learned a little something about masstransit in the big city after some lively debate about the picture.

Thinking about a score and attempting to earn a 4 was not even on their radar, but they hit that mark anyway.  You may be curious about who won the competition.  I don't know.  In the end, no one even asked.   I'd say we all won!