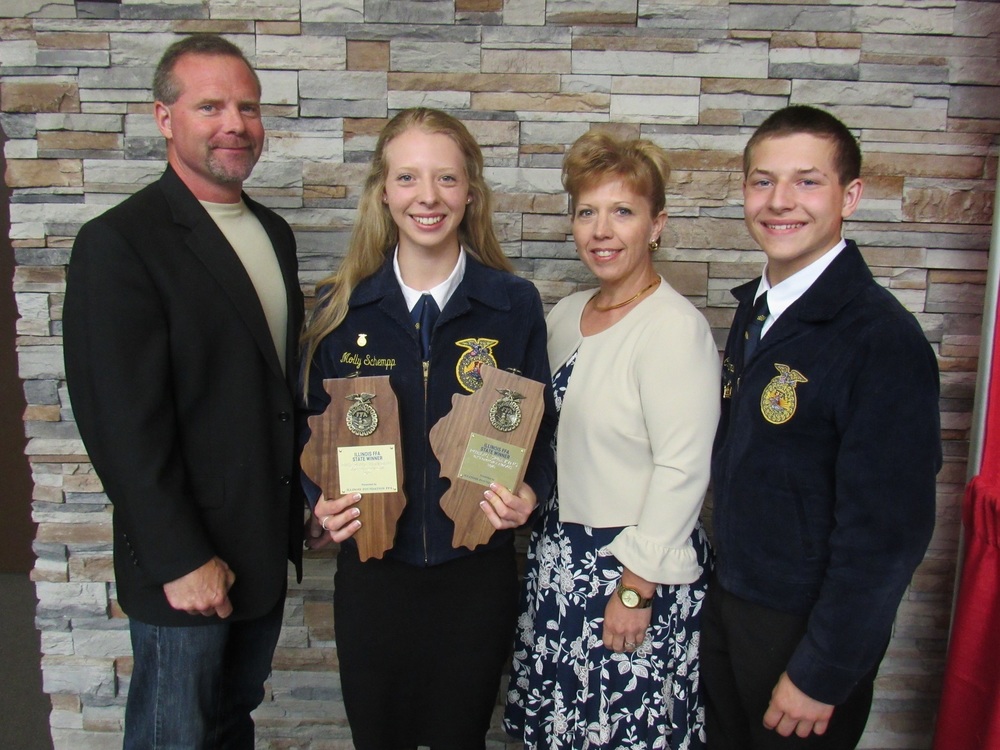 Springfield, Ill. – Molly Schempp of the Olympia FFA Chapter was honored as the State Winner in both Extemporaneous Public Speaking and the Job Interview Career Development Events (CDE).  Schempp competed at the 90th Illinois State FFA Convention on June 12, 2018.  She was recognized on stage for this awesome accomplishment.  Schempp first competed in the morning after drawing an ag topic.  She had thirty minutes to prepare her four to six minutes speech and also answered five minutes of questions from the judges.  Next, in the afternoon she completed an on-line application, telephone interview, personal interview and was judged on her resume, cover letter, and follow up letter.  This double State win is very rare, but not surprising to FFA Advisor, Bryce Hoffman.  “I knew Molly had special talents when it comes to public speaking after she was the State Winner in the Creed CDE two years ago.  She went on to earn a spot of among the top 16 as a National Semi-Finalist.  Her work ethic is outstanding as she is always practicing to improve her skills,” said Hoffman.  Schempp stated, “Receiving both awards at the State Convention was really exciting because I know how much work I put into these competitions and it is great to see the results of that effort pay off in recognition and my own skill development.”  Schempp will compete in the National Finals in Indianapolis this fall at the National FFA Convention.  She is the daughter of Darin and Cindy Schempp of Atlanta.  Molly would like to thank her family, the Olympia community, and Mr. Hoffman for giving her the opportunities and support throughout her public speaking year.